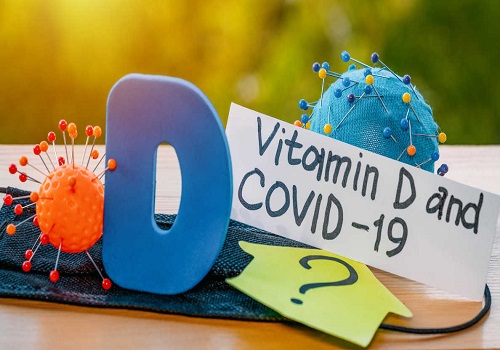 Is Vitamin-D Deficiency related to COVID-19? Does a healthy blood level of the sunshine vitamin – Vitamin-D – reduce your chances of contracting the deadly SARS-CoV-2? Can higher Vitamin-D levels reduce your risk of severe infection and death from COVID-19?

According to a growing number of researchers from across the globe, YES.

Growing evidence and research are suggesting that patients with the most severe infection levels have the lowest levels of Vitamin D in their bloodstream. That, countries with the highest mortality rates from COVID-19 had higher proportions of affected people with Vitamin-D Deficiency than countries with lower COVID-19 death rates.

Note: It is critical to note that there is still no evidence that Vitamin-D helps cure or fight COVID-19. There is no definite answer yet on this front from Science. However, what the growing evidence points is that Vitamin-D Deficiency is linked to the severity and complications of the infection and COVID-19 death rates.

In this article, we will give you an overview of the evidence on the link between Vitamin-D Deficiency and COVID-19 death rates. Before that, let us dive into what we already knew about Vitamin-D and its health benefits, especially respiratory health.

What We Know from the Pre-COVID-19 Era: Vitamin-D Levels and Health

Considered a pre-requisite for human health and well-being, Vitamin-D Deficiency is an independent risk factor contributing to a range of chronic health issues, as well as, global mortality rates.

Most of us are already aware of the link between Vitamin-D deficiency and bone, joint and muscle health. Apart from aiding in the metabolism of calcium and phosphorus in the body, blood levels of this Vitamin directly influence bone, muscle and joint levels. The insufficient levels of Vitamin-D in the blood stream is known to cause osteoporosis and pre-dispose the individual to arthritis, chronic pain, bone loss (soft and weak bones), fractures and so on.

However, insufficient and deficient blood levels of Vitamin-D are linked to a whole host of life-threatening conditions ranging from respiratory and cardiovascular illnesses to autoimmune diseases, breast/prostate cancer and mental health disorders.

Growing evidence over the years have shown the link between Vitamin-D levels in the blood with the development of respiratory illnesses such as Tuberculosis, Asthma, Pneumonia, Bronchitis and so on. This is because of the role of Vitamin-D in immunomodulation which helps in fighting inflammation by modulating the immune cells rather than suppressing them. By secreting antimicrobial peptides in response to both bacterial and viral stimuli, Vitamin-D helps in boosting mucosal defenses and fighting respiratory pathogens. Thereby, reducing the risk of respiratory tract infections, including acute infections.

What Does the New Evidence Say About COVID-19 Deaths and Vitamin-D Deficiency?

Typically, when there is an infection, the immune system attackers the invading microbes and falls back to line. However, in some cases, the cytokines released by the immune system goes overboard and start attacking healthy cells in the body, outside of the infected areas. This hyperinflammatory condition caused by the overactive immune system is a Cytokine Storm.

The COVID-19 Cytokine Storms erode red and white blood cells, damage the liver, fill up the lungs with fluids and choke the blood flow throughout the body by creating blood clots. As a result, organs do not get enough blood supply, creating a high risk of permanent damage or death.

Several research studies have been conducted across the globe to study if and how Vitamin-D provides a survival advantage to people by helping them avoid COVID-19 cytokine storms.

Researchers from Northwestern University analyzed patient data from across 10 countries. They found a strong correlation between COVID-19 death rates and insufficient blood levels of Vitamin-D. Countries with higher mortality rates such as Italy, Spain and UK had a larger proportion of patients with lower blood levels of Vitamin-D. Even though many believed that the higher mortality rates could have been a function of other factors such as age, quality of healthcare and so on. But none of these factors were found to play any significant role. The strongest link was found between the Vitamin-D levels and COVID-19 mortality rates.

The researchers also found a strong relationship between Vitamin-D levels and cytokine storms. They found that the cytokine storms caused severe respiratory distress and lung damage. It is the COVID-19 cytokine storms that affect the patients’ lungs and are the leading cause of death; the virus does not directly damage the lungs. Vitamin-D strengthens the immune system and modulates any hyperactivity. Healthy Vitamin-D levels in the bloodstream will, thus, help reduce the complications and severity of SARS-CoV-2 infections

The yet-to-be-peer-reviewed research from Queen Elizabeth Hospital Foundation Trust has found a strong connection between Vitamin-D levels and death rates across 20 European countries. The researchers found that the groups with highest Vitamin-D deficits were most vulnerable to COVID-19. For instance, the elderly and people with darker complexions.

They also found that countries, where the average Vitamin-D levels were lower, have had higher COVID-19 cases and deaths. They have recommended Vitamin-D supplementation to help reduce the severity of the infection and even protect oneself from the deadly virus.

The researchers from Boston University School of Medicine discovered that Vitamin-D sufficiency in the human body helps reduce the complications of COVID-19 including cytokine storms and deaths.

The serum level of 25-hydroxyvitamin D (the circulating form of the vitamin) was measured and the hospitalized COVID-19 patients were studied for clinical outcomes thereon. The researchers found that 51.5% of those over 40 years of age and Vitamin-D deficient were more likely to die from the infection than those who are Vitamin-D sufficient.

This Irish Study found a strong alignment between the average population Vitamin-D Deficiency levels across European countries and COVID-19 complications and mortality rates. The countries in lower latitudes and typically ‘sunny’ such as Italy and Spain were found to have very low 25(OH)D concentrations on an average. These very countries have seen some of the highest mortality rates in Europe. Northern countries such as Sweden and Norway which are known to get lesser sunlight and UVB have been observed to have higher mean concentration of 25(OH)D. These countries have had lower infection and mortality rates from COVID-19.

While many of the Nordic countries have formal Vitamin-D fortification policies in place, they also have higher dietary intakes of the sunshine Vitamin. This research makes a strong case for Governments to step up measures to mandate fortification of Vitamin-D apart from raising awareness about the wonder nutrient and promoting self-supplementation.

Several research studies from across the globe are throwing light on the link between Vitamin-D Deficiency and COVID-19 deaths. However, the ability of Vitamin-D to cure COVID-19 is still not studied/ clearly established. Healthy blood levels of Vitamin-D will help us reduce the risk of developing complications including cytokine storms and death from COVID-19.

A simple blood test will help throw light on whether your Vitamin-D levels are sufficient or not. Based on this, you can take measures to bring Vitamin-D to desirable levels. Remember that excessive intake of Vitamin-D is harmful too and can cause toxicity and calcium buildup in the body.

Vitamin-D is synthesized by our body naturally when exposed to Ultraviolet B (UVB) rays in the sunlight. Sunlight is the best source of this Vitamin. It is also found naturally in certain varieties of fish, mushrooms, beef liver, offal, egg yolks and cod liver oil, among others. It can also be obtained through supplements.

In the absence of vaccines and preventive medicine, Vitamin-D supplementation is an effective way to prevent major complications from COVID-19.